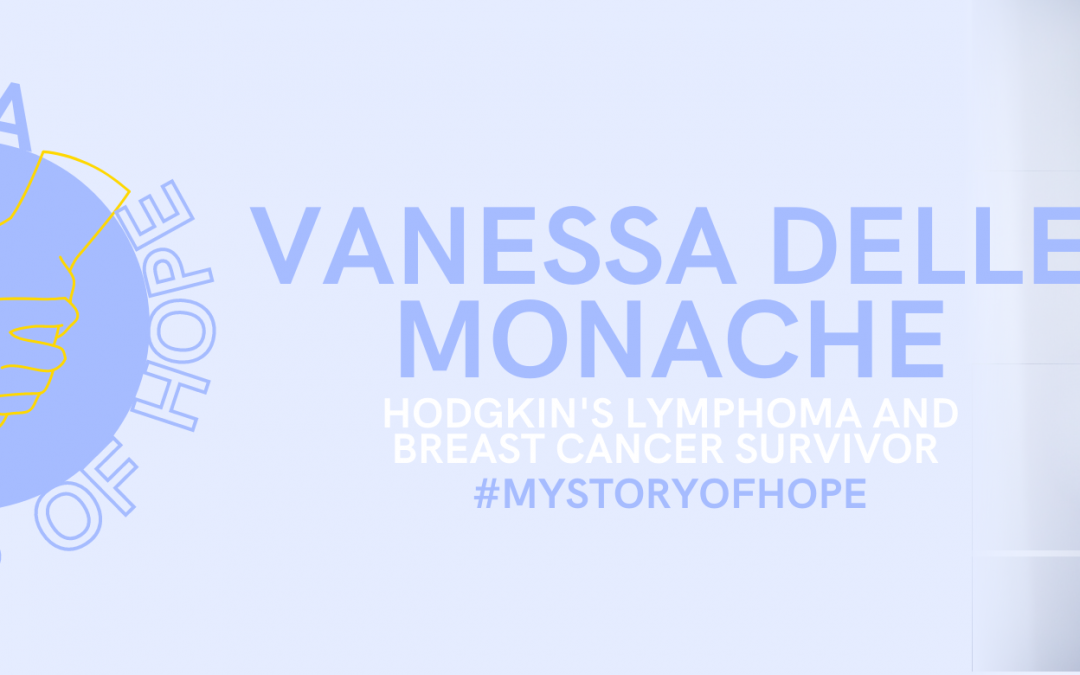 This blog post has been written in the perspective of two time cancer survivor, Vanessa Delle Monache. Follow along her story as she is diagnosed with both Hodgkin’s Lymphoma and breast cancer and learns to overcome both diseases and share her Story of Hope for others.

I was fifteen years old when I was first diagnosed with cancer. I found a pea-like bump on my neck while I was watching TV. I don’t remember feeling sick. My mom has told me that I had a lingering cough for quite some time. Once I had a biopsy and some tests done, I was diagnosed with stage 4 Hodgkin’s Lymphoma. At the time I didn’t know much about cancer. This was back in 2003 when cancer wasn’t as prevalent as it is today. The hardest part of my cancer journey was losing my hair. I remember being so devastated about this as a teen. Thankfully my body responded well to treatment. When I was finished treatment, I tried my best to go back to normal. I’m pretty sure a lot of my friends and peers knew me as “the girl with cancer” and I hated it. I didn’t talk about my diagnosis much after the fact. I wanted to move on with my life and forget that it happened. I was ashamed and embarrassed. As a teenager, I was very naive and didn’t know any better.

When I turned twenty-five, I began yearly breast screening. Having had mantle radiation to my chest, I was told that it is possible I develop breast cancer later in life. In the summer of 2017, I received a phone call that I would need to come back for more testing. After numerous tests and various individuals telling me it didn’t look like cancer, it was in fact. I was in complete shock. I didn’t feel any lumps or bumps in my breasts, and I didn’t feel sick at all. Nothing could have prepared me for this cancer diagnosis, especially since this was now the second time hearing these awful words.

For the Hodgkin’s Lymphoma, I received five rounds of chemotherapy and three weeks of radiation treatment. The chemotherapy made me so sick. After every round, I developed a fever and had to be admitted to the hospital. I remember a few times having had to have blood transfusions to increase my blood counts. These were some of the toughest days, not only for myself but for my parents too.

For my Breast Cancer diagnosis, I had a double mastectomy, four rounds of chemotherapy, five weeks of radiation treatment, a lymph node dissection surgery as well as numerous reconstruction surgeries. I had a few complications during reconstruction, so it was a very tough process for me.

how cancer changed my outlook on life.

The first time I battled cancer, I wasn’t too phased. Of course, I fought so hard, went through an extremely difficult time, but then I moved on. I spent many of the following years avoiding what had happened to me. The second time I was diagnosed with cancer, I learned a lot about myself as I was able to do a lot of self-reflection. Here are a few things that I learned from my cancer experiences: 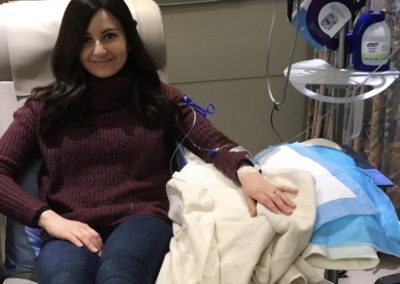 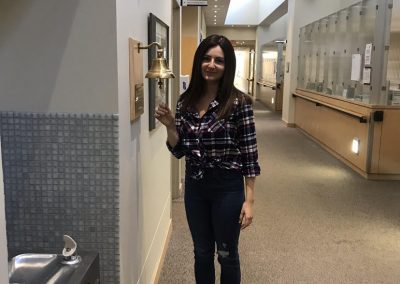 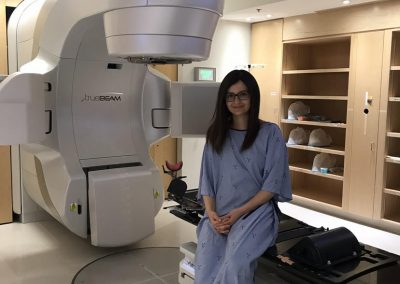 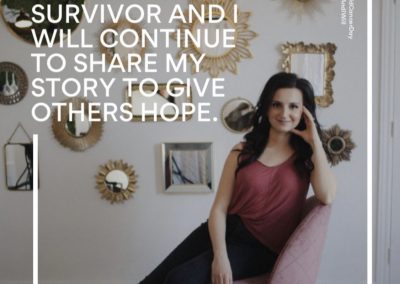 Before my second cancer diagnosis, I got stressed very easily whether it was because of work or any issues that came my way. I would get so upset over things that seemed important at the time but were unimportant. I couldn’t see that then, but I see it so clearly now. Life is way too short to waste energy on things that will be resolved or forgotten after a day or so.

Never take anything or anyone for granted.

I believe that it’s important to appreciate the things we have, like our health, on a daily basis. I know I did take it for granted in the past. I think it’s important to take moments daily to be thankful for our health, because instantly, it can be taken away. I also think it’s also important to recognize the special people in our lives and tell them how important they are. My family really stepped it up when I was sick and made me realize how much I am truly loved. I appreciated them so much more during treatment and now, than I ever had. I don’t mean that I didn’t before, but it just took this experience for me to truly realize this. Some of my relationships have grown so much stronger and I feel so blessed.

Some things are out of your control.

In a moment, everything can change. I’ve learned this lesson more than once. Having gone through cancer, I know how precious life truly is. In an instant, everything was stripped from me and I no longer had control over many things in my life. After I was diagnosed with cancer for the second time, I would constantly go over in my head what I did to get sick again. I thought about what I did to provoke this illness on myself. I came to the realization that some things are out of our control and this was one of them. I now know that it wasn’t my fault or anyone else’s fault. I think it’s important to focus on what the tough situation has taught us and how we can grow from it.

It has taken these difficult situations I’ve experienced in my life to make me appreciate all of the beautiful things I have. I’ve realized that it’s so important to stop and smell the roses every single day.

MY WORDS OF WISDOM TO YOU

Don't give up hope.

No matter what your diagnosis is, never give up hope. Believe that everything will be alright and try to visualize it in your mind. Miracles happen every single day. Find others that are proof that these miracles do happen.

You are not alone.

Cancer can be very isolating. I didn’t know anyone else personally that was battling cancer. I also felt very alone at the cancer centre where I had appointments and received treatment. I felt like the youngest person there. It took me a few months to finally reach out to a social worker who encouraged me to join some support groups. I also decided to search for individuals that shared their journey on social media. Finding other women and connecting with them was one of the best things I did. I finally felt understood. My advice would be to find other individuals going through a similar situation as you. I have even made some wonderful friends this way.

Take it one day at a time.

Cancer can be very overwhelming, especially when you are first diagnosed. A lot of information is thrown at you initially and your mind will most likely be all over the place. Take some deep breaths and try not to look too far ahead of what’s to come.

Let your loved ones help you.

Battling cancer is exhausting both physically and mentally. Surgeries and different treatments are likely to make you feel sick. During this time, it’s important for your body to rest. Do not overdo it. Ask tour family and close friends for help. Let them know exactly what you need them to do. Some things could be getting you groceries, taking you to appointments or picking your kids up from school. Many of these people won’t know how they can support you so that’s why it’s important for you to tell them exactly how. 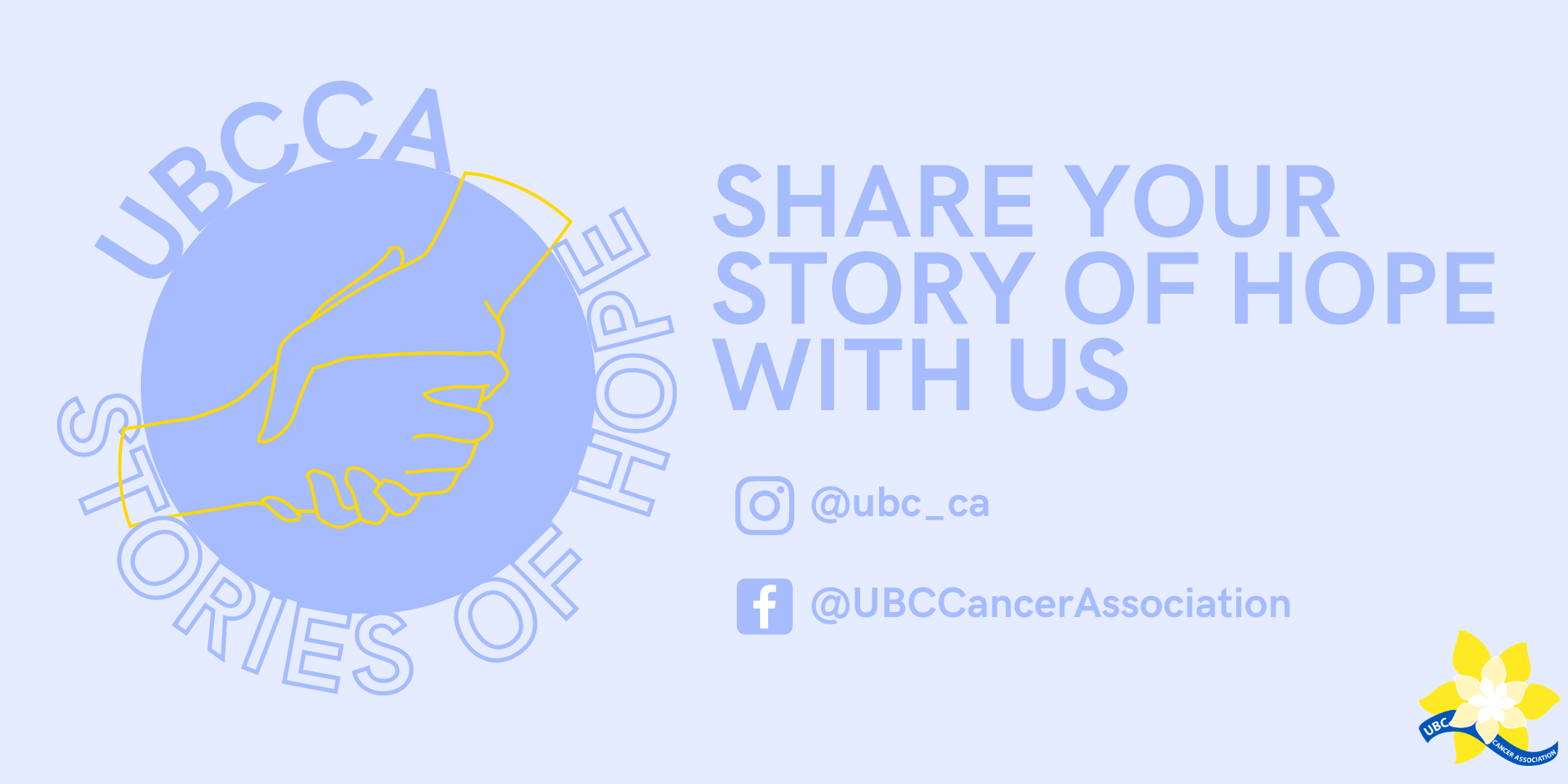 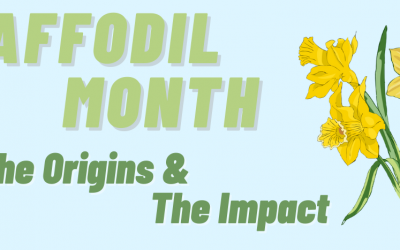 Daffodil Month: The Origins & The Impact

April is Canada’s Daffodil Month, a month  about raising awareness for cancer all around. It is during this Daffodil Campaign that the Canadian Cancer Society (CCS) and organizations brings Canadians together to commemorate and remember those who battled against... 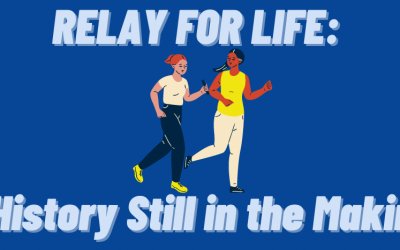 Relay For Life: A History Still in the Making

With March under way, Relay For Life has arrived at UBCCA and we want to make sure you're clued in on the event, its history, and how you can get involved regardless of Covid-19. In 1985, Dr. Gordy Klatt, a practicing surgeon, wanted to find a way to raise cancer... 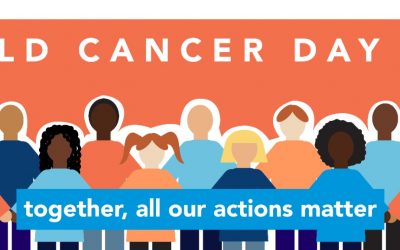 February 4th marks a critical day every year, commemorating an initiative dedicated to the fight against the global cancer epidemic. Led by the Union for International Cancer Control (UICC), this day is observed by UN Members, and originated from World Cancer Summit...

More from our Blog