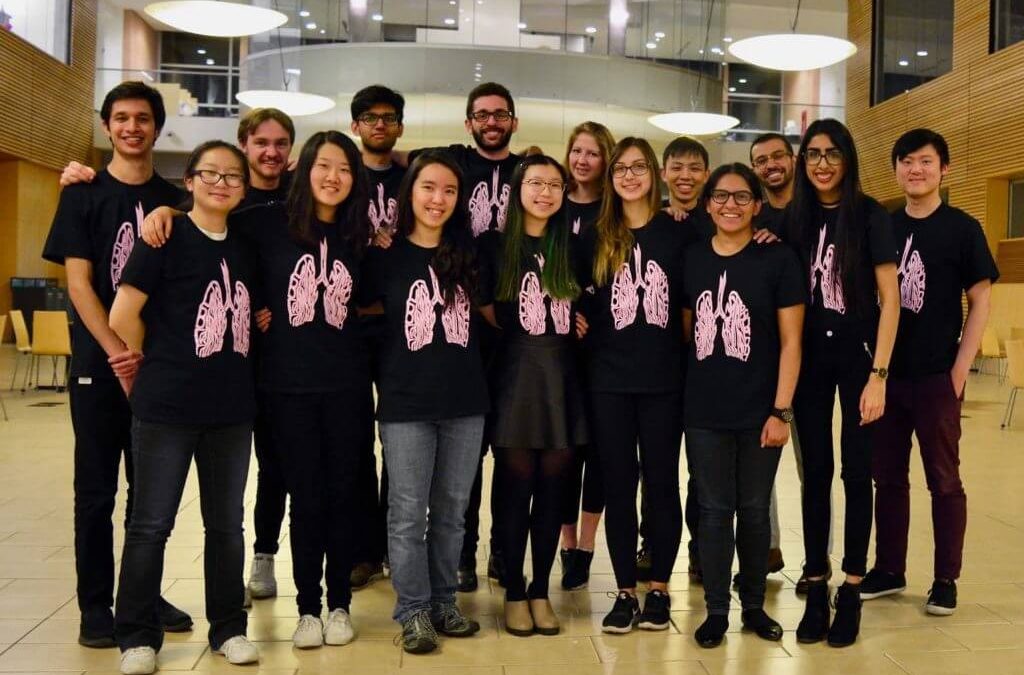 Even at the undergraduate level, cancer research is happening! From directed studies programs to design teams, UBC students are at the forefront of trying to find a cure.

One design team is BIOMOD, which uses biological molecules to build devices on the nanoscale. Last year, their project involved designing a DNA structure that detects microRNA (miRNA) as a way to diagnose lung cancer. Lung cancer is usually caught late because its early symptoms, such as coughing, are easy to dismiss. By the time it’s diagnosed, it’s already too late to treat. As well, common methods of diagnosis, like performing biopsies, are costly and invasive.

BIOMOD’s device allows for early and accurate detection of lung cancer from just a blood sample. As explained by Siddarth Raghuvanshi, one of this year’s captains of BIOMOD, “miRNA are small RNA molecules that have a role in gene expression. We chose a miRNA that has a distinct signature in lung cancer and created a DNA structure that amplified the signal. Our final product allowed us to measure the small concentration of small miRNAs present in your blood.”

Bridget La Prairie, the other captain, elaborated, “We first tested our system in solution, and then in serum. We were able to measure changes in concentrations of the microRNA of interest in the picomolar range.”

On the importance of cancer research in general, Bridget emphasizes the importance of undergraduate participation, saying, “Solutions to problems don’t always come from large companies of PhDs with a thousand citations. I’ve seen some really brilliant and exciting ideas come from the people around me on BIOMOD. These ideas are worth researching and developing.”

On the other hand, Siddarth takes a more holistic approach, explaining, “By researching cancer, we’re constantly learning more about how our cells and bodies work. This kind of research allows us to not only improve cancer survival rates, but pushes our knowledge of human beings. This knowledge can be used in a wide variety of fields, from genetics to pharmaceutical sciences.”